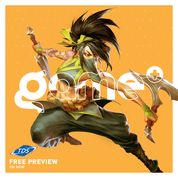 Hungry for more action? TDS is offering a free preview of Game+ and Fight Network for the entire month of July.
Check out Game+ and find out why gaming is now one of the most popular hobbies on the planet. According to Statista, there are more than 2.4 billion gamers in the world, about one-third of the world’s population.

Fight Network
Since the beginning of time, humans have competed against each other. Watching combat sports provides all the thrill, but none of danger.

For TDS TV+ customers, Fight Network is on Channels 273 and Game+ is on channel 275 and both are available as in Sports Tier+. TDS TV+ is not available in Woodland Park, Colorado, and Lovington and Socorro, New Mexico.

Unless you are a TDS TV+ customer, Fight Network and Game+ are not available in Cedar City, Utah and Cortez, Colorado. Neither of these channels are available in Socorro, New Mexico.

If you enjoyed the free preview, it’s easy to upgrade to the Digital Sports Tier. Call 1-855-696-8368 today and never miss a combat sports event or Esports gaming event again.