Enjoy a free trial of SHOWTIME®, The Movie Channel, and Flix from now until April 19, compliments of SHOWTIME® and TDS. 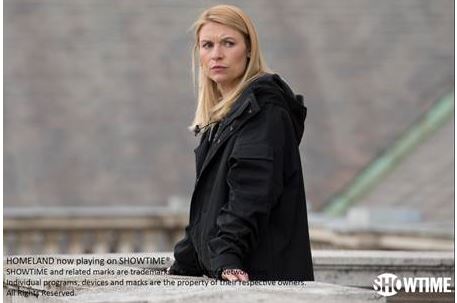 Watch the final season of Homeland, plus other critically-acclaimed original series like Billions™ and Shameless. Catch hit movies like The Upside and Second Act, groundbreaking documentaries and so much more!

With everyone spending more time at home, TDS has been working with our programmers to get our  TV customers  some free previews!  If you don’t already have these channels listed below as part of your TDS programming package, you do now—but only for a limited time. Enjoy!

Learn more about these channels below. Enjoy and keep safe!!

From now until April 30, enjoy these free previews:

Flix — Cool Classics: The programming consists of theatrically released feature filmsrom the 1970s to the present day, interspersed with some films from the 1950s and 1960s.

Outdoor Channel — Dedicated to the outdoor lifestyle and conservation, the Outdoor Channel offers a wide range of great shows from hunting, fishing, shooting, and adventure entertainment.

The World Fishing Network covers fishing tips, lures and baits to attract your favorite fish, fishing hotspots, tasty recipes, species finder and more—including programming for any outdoor enthusiast. The network covers every aspect of angling and sport fishing news, gear reviews and shows about fishing in all parts of the world.  You’ll find more than 125 shows on this network.

Please enjoy free previews of the following channels until May 13.

DIY Network: Do it yourself programming and inspiration with shows like Bargain Mansions, Barnwood Builders, First Time Flippers, and Maine Cabin Masters

American Heroes: Learn about history, war, the military, and what history forgot

Science Channel: Explore the Earth and yes, science on this channel that tells you how the universe works, how things are made, and explains mysterious places

Destination America: Watch Pool Kings, get fishing tips from Scott Martin, learn how to buy Hawaii (or the Rockies!)—there’s something for everyone on this channel

Discovery Family: Shows the whole family can watch together! Dogs 101, What Not To Wear, My Little Ponies—you’ll find a great variety

Discovery Life: Real-life programming including Untold Stories of the ER, We are the Joneses, Body Bizarre, and Hoarding: Buried Alive

OWN: It’s Oprah’s network! From scripted series to Dr. Phil and Oprah herself, there’s something for everyone

NBCUniversal channels bring you a wide-range of programming now until April  20.

CNN gives you the latest and breaking news today for the U.S., the world, weather, entertainment, politics, and health. Now until April 17.

FOX News delivers the latest current news from the U.S., the world, entertainment, and health. Now until April 18.

HDNetbrings you an amazing variety of movies from iconic classics and award winners to memorable gems spanning from 1950s to 2010s. Now until April 30.

And did you see our post about the free SHOWTIME preview??

SHOWTIME® and related marks are trademarks of Showtime Networks Inc., a ViacomCBS Company.

SHOWTIME® and related marks are trademarks of Showtime Networks Inc., a ViacomCBS Company. Individual programs, devices and marks are the property of their respective owners. All Rights Reserved.

Some of the channels are not available in Socorro, New Mexico.

Cheryl McCollum is a blogger for TDS.
View all posts by Cheryl McCollum →
Five online resources to stay active at home
Grandparent scams in the age of COVID-19