While Hollywood transports us to faraway places like the moon, Paris, or deep under the sea, the filming locations may not actually be so distant. Many movies are shot right here in the United States even if the story takes place in other parts of the world. From old Westerns to comedies, from classics to exhilarating action films, here are 14 movies that were filmed in or near TDS cable communities. 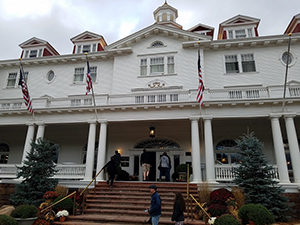 “Dumb and Dumber” (1994) – In this classic comedy, best friends Lloyd and Harry set out on a mission to return a suitcase of money to a woman in Aspen, Colorado. However, the exterior of their stay in Aspen is actually in Estes Park at the Stanley Hotel. One of the most notable scenes is when Lloyd and Harry pull up to the hotel in their Lamborghini with wads of cash in hand. Also, the bar inside the Stanley is where Lloyd waited for Mary and left cheering, “We landed on the moon!”

“Dear Eleanor” (2016) – It’s 1962, and two teenage girls are traveling across the country in search of Eleanor Roosevelt. The scenes in Manteca, California, in the movie were actually shot in Niwot, Colorado. Other scenes were filmed in Longmont, Boulder, and Lyons. You may recognize local attractions like Jester’s Dinner Theater, Dickens Opera House, and Carnegie Library.

“Die Hard 2” (1990) – Although this thrilling action film starring Bruce Willis is set in Dulles International Airport in Virginia, several scenes were shot in Colorado, one of them being near a TDS community. The exterior of the church where the villains are headquartered is the Highland Lake Church near Mead. 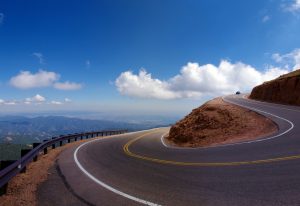 “Furious 7” (2015) – For this action-packed film in the Fast & Furious series, the filming crew traveled to several parts of the United States, including south of the TDS community of Woodland Park. Although the scene supposedly takes place in Azerbaijan, the winding roads of Pikes Peak Highway provided the perfect setting for a high-speed chase through the mountains.

“Star Trek: Generations” (1994) – For the seventh film of the Star Trek franchise, an important scene was shot just over an hour away from the TDS communities of Bunkerville and Mesquite. The Valley of Fire State Park doubles as the planet Veridian III, the place of Captain Kirk’s death. The scene was filmed at Silica Dome in the northern area of the park and is open for fans to visit.

“Fools Rush In” (1997) – In this romantic comedy, a one-night stand in Las Vegas turns into a pregnancy and the chance for true love. The movie’s scenes were filmed throughout southern Nevada, including Las Vegas, Red Rock Canyon, the Hoover Dam, Valley of Fire State Park, and Lake Mead.

“Wander” (2020) – When a private investigator is asked to look into a suspicious death, he starts seeing links to his own daughter’s death. Several scenes feature local businesses in the small town of Carrizozo, and the desert scenes are filmed just outside the town. Ruidoso also served as a filming location in the movie.

“12 Strong” (2018) – Following the Sept. 11 attacks, a U.S. Special Forces team travels to Afghanistan to take down the Taliban. Starring Chris Hemsworth, this film was shot completely in New Mexico as the terrain resembles the dry landscape of Afghanistan. The caves in the mountains south of Alamogordo doubled as the Afghan caves for the Northern Alliance. Also, Thurgood Canyon in Truth or Consequences served as the location of the movie’s final battle scene, and other scenes were shot in Socorro.

“Transformers” (2007) and “Transformers: Revenge of the Fallen” (2009) – Parts of the war between the good Autobots and the evil Decepticons take place in southern New Mexico. Alamogordo’s White Sands National Monument doubled as the desert of Qatar. The military base in the movie is Holloman Air Force Base between White Sands and Alamogordo. In the 2009 sequel, Optimus Prime’s death was filmed in Lincoln National Forest. For the battle scene, production was allowed to destroy 12 real trees, promising to plant 6,000 in return.

“Journey to the Center of the Earth” (1959) – Based on the classic novel, this film follows a small group as they adventure where no one has previously dared to go. The “center of the earth” may look familiar – these scenes were filmed at Carlsbad Caverns National Park. You can visit the park and see it for yourself!

“Boyhood” (2014) – This coming-of-age story was filmed over the course of 12 years with the same cast and covers all the important milestones in a person’s early life. It is filmed in several areas of Texas, but one is in a TDS community. Mason, the boy in the film, goes to college at Sul Ross State University in Alpine.

“Paris, Texas” (1984) – After being gone for four years, amnesia-stricken Travis Henderson (Harry Dean Stanton) wanders out of the desert and must reconnect with those he left behind to put together the missing pieces of his memory. Although the movie is named after a city in Northeast Texas, part of it was filmed in the TDS community of Fort Stockton. The scene where Travis shaves and changes his clothes after fleeing from his brother takes place at the Executive Inn Hotel, referred to in the movie as the El Rancho Motel.

“Butch Cassidy and the Sundance Kid” (1969) – This classic film tells the wild – yet, true – story of two outlaws. The town where Butch and Sundance hide with Etta is the ghost town of Grafton near Zion National Park. Etta’s home was built for the film, but the schoolhouse in the movie is actually the town’s abandoned church. The film also captures the beauty of Snow Canyon State Park near St. George.

“Looking Glass” (2018) – Searching for a fresh start after a tragic accident takes the life of their daughter, Ray and Maggie (Nicolas Cage and Robin Tunney) buy a motel in a strange town filled with stranger people. The interior of the motel is the old E’ola International Airplane Hangar in St. George, and the exterior is Aikens Lodge in Kanab, southwest of Zion. As a filming location in more than 200 films and television shows, Kanab is known as Little Hollywood and is a great destination for movie buffs.