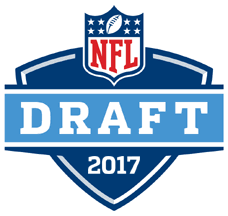 Are you ready for some football?

The NFL Draft is around the corner. It will air live from Philadelphia April 27-29 on the NFL Network* for TDS Telecom customers with the add-on packages.

The NFL Network itself has lots of draft-related programming coming up:

*NFL Network is not available in Jal, N.M., Socorro, N.M. and Cortez, Colo. at this time*