Today, May 18, is International Museum Day, a day aimed to raise awareness about museums as an important avenue to learn more about other cultures. TDS, a company dedicated to building a diverse and inclusive culture, recognizes the importance of museums in achieving these overarching goals.

Here are 10 museums in communities across the Southwestern part of the United States worth visiting!

Exhibits include dioramas illustrating Ancestral Pueblo life, a chronology of Ancestral Pueblo culture, and prehistoric artifacts. Nearby lookouts also allow you to immerse yourself in the past through the well-preserved Spruce Tree House.

Cussler Museum, Arvada, Colorado
The Cussler Museum is dedicated to the preservation of astounding, rare, and vintage automobiles from around the world. Started by the late best-selling thriller author Clive Cussler, the extensive collection now includes over 100 automobiles from 1906–1965. While the museum is currently closed due to the pandemic, Cussler’s memory will continue to live on through his captivating novels and prized automobile collection in the near future.

Estes Park Museum, Estes Park, Colorado
The allure and beauty of Estes Park has been drawing visitors for generations. Nestled at the foot of the towering Longs Peak, the Estes Park Museum will walk you through the area’s unique history of Native American tribes, homesteaders, entrepreneurs, artists, and other noteworthy people and events. Learn more about this lively town through a series of interactive displays and in-depth exhibits.

Rocky Mountain Dinosaur Resource Center, Woodland Park, Colorado
This massive facility (20,000 square feet, to be exact) is among the top dinosaur museums in the country. The center has some of the most complete specimens on display in the world, including the Pteranodon specimen, Pachycephalosaurus specimen, and one of the largest Tylosaurs ever discovered. The museum also has a play area with educational activities and features an impressive collection of marine reptile, pterosaur, and dinosaur fossils. 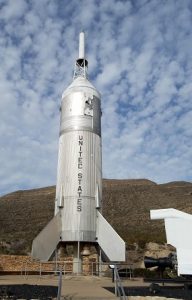 New Mexico Museum of Space History, Alamogordo, New Mexico
This museum is a must see for people of all ages interested in the history of rockets and space flight. The Rockets exhibit provides a historical development of rocketry and honors its pioneers. The interactive buttons on the museum cases allow you to hear the distinct rocket sounds. The Icons of Exploration exhibit is home to some of space history’s most celebrated objects, including a real “moon rock” and rare replicas of the first man-made satellites. The Living in Space exhibit shows examples of how mankind has adapted to the challenges of space travel, including space suits and American and Soviet space food.

Hallie Stillwell Hall of Fame Museum, Alpine, Texas
Get a new perspective of the Wild West at the Hallie Stillwell Hall of Fame Museum. Born Hallie Crawford in 1987, she eventually settled in Alpine and made her mark as a strong rancher in an area dominated by ranchers and cowboys. Faced with constant adversity (including financial hardship following her husband’s death) Stillwell maintained her family ranch, held several jobs, and served as the justice of peace—all while raising three kids. In 1992, she was inducted into the National Cowgirl Hall of Fame.

Museum of the Big Bend, Alpine, Texas
Located on the Sul Ross State University campus in Alpine, the Museum of the Big Bend covers many facets of the historic region. The ‘Big Bend Legacy’ exhibit greets visitors as they walk through the museum’s doors—focusing on topics like the region’s natural history, human history, and the confluence of cultures.

Until May 28, the museum will be featuring a limited-time exhibit called ‘A Century of Fine Art in the Big Bend,’ which highlights some of most renowned Texas-based artists who have been drawn to the Big Bend’s beautiful desert landscape for creative inspiration. This is the latest of a consistent series of new exhibits.

Old Pecos County Jail, Fort Stockton, Texas
The Old Pecos county jail, found on the south side of the courthouse square in Ft. Stockton, is among the oldest structures in West Texas. Constructed in 1883, the original holding cell can still be viewed by visitors today. Throughout the next several decades, the structure was enlarged to include a second floor with new cell blocks for prisoners. Until the last sheriff retired and moved out in the year 2000, the first floor also housed various sheriffs, deputies, and jailers.

St. George Dinosaur Discovery Site, St. George, Utah
This natural history museum features paleontological treasures that have been discovered in the area, specifically on the museum property itself. The site was initially intended to be an eye care facility, but plans changed when local optometrist, Dr. Sheldon Johnson, discovered dinosaur tracks during construction. The museum’s collection of trace fossils paint the picture of how various land and sea dinosaurs interacted with southwestern Utah when they were alive 200 million years ago. Along with the tracks, visitors can enjoy the dino park play area and the views that accompany the new outdoor exhibit.

Moqui Cave Natural History Museum, Kanab, Utah
The Moqui Cave Natural History Museum, built into a stunning sandstone erosion cave, mesmerizes visitors before they even enter. The word “Moqui” is an ancient term that refers to the Hopi tribe of Native Americans that inhabited the region, including Arizona and Utah. Within the cave’s walls, discover a wide assortment of Native American artifacts—including centuries-old ceremonial pots, ceramics, working tools, over 1,000 arrowheads, and other pre-Columbian items. The museum also has a collection of dinosaur tracks and unique fluorescent rocks and minerals.