Looking for the right movie to watch with mom? Check out these films that depict a mother’s true love and a variety of ways to be a great mom. Happy Mother’s Day!

Room
Brie Larson stars and won an Oscar for her performance in the film, Room, a 2015 independent movie. Brie was kidnapped and held captive for seven years, and whose son was born in captivity. At the time of their escape her son was five years old. Witness the extremes and strength as this mother guides her son through their imprisonment, escape and transition to the real world. Inspired by a harrowing true story, the film is a testament to a mother’s true love. 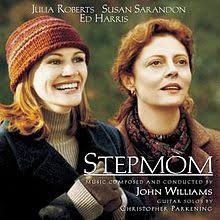 Stepmom
This 1998 comedy-drama stars Julia Roberts and Susan Sarandon. Roberts plays Isabel, the young soon-to-be stepmother to Sarandon’s two children. As their contentious relationship plays out, you see the highest highs and lowest lows of motherhood while the two women brace for life’s unanticipated circumstances.

The Sound of Music
When Maria (Julie Andrews), a young nanny, comes to tend after an aristocrat’s seven motherless children, she fills their home with love and music. In the end, she turns out to be exactly what they and their stoic father needed most. This 1965-released film, is a heartwarming story that is based on the real life story of the Von Trapp Family singers.

Postcards from the Edge
Many believe that writer Carrie Fisher drew inspiration from her own relationship with her mother, Debbie Reynolds, for this 1990 comedy-drama. The film follows a young actress and former addict who moves in with her famous mother after hitting rock bottom. You’ll laugh and cry.

Ladybird
Check out this Oscar-nominated movie which features the bittersweet depiction of a millennial mother-daughter relationship. This coming-of-age film follows a high school senior as she navigates her connection with her headstrong, overbearing yet deeply loving mom. The two are more alike than they care to admit. 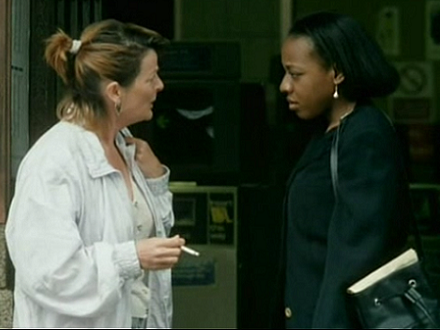 Secret & Lies
Marianne Jean-Baptiste stars as Hortense, a young, successful black woman who decides to look up her birth mother (Brenda Blethyn), and is shocked to learn that she is white. In a series of long, meditative scenes, the two strike up a kinship. They use the strength of their newfound relationship to dive into their family’s past, divulging the secrets and lies that mar their family tree. The 1996 drama-comedy was nominated for several Oscars.

Terms of Endearment
Box of tissues required for this 1983 classic that covers 30 years of the mother-daughter relationship of Aurora Greenway (Shirley MacLaine) and Emma (Debra Winger). Aurora focuses far too much time on her relationship with daughter Emma, who escapes her controlling mother and marries a young college professor and has three children. During the struggles of raising a young family, Emma relies on Aurora for emotional support. This film depicts that there’s no one way to be a great mother.

The Joy Luck Club
Based on Amy Tan’s bestselling novel, The Joy Luck Club, the film focuses on the relationships between a group of Chinese-American women and their Chinese immigrant mothers. The women gather to share advice on cultural conflict and family dilemmas while playing Mahjong.

Moonlight
This Best Picture Oscar winner presents the main character’s three stages of life: youth, adolescence, and early adult life.  The mother-figure in this 2016 film is a kindly neighbor who takes in the main character when he needed a good meal and a place to sleep.

The Big Sick
For when: You’re trying to live life your own way, but also trying to respect the traditions and values of your mother who wants you to have an arranged marriage, but you also have a secret girlfriend who is in a medically induced coma and her mother rather dislikes you being around while she’s in the hospital. Don’t worry. This 2017 movie is actually very funny and has a happy ending. 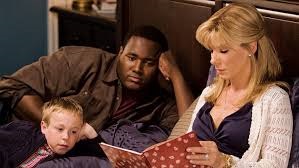 The Blind Side
The story of Michael Oher, a homeless boy who became an All-American football player and first round NFL draft pick with the help of a caring woman and her family. The family eventually become Michael’s legal guardians, transforming both his life and theirs.