The Hallmark Channel has new movies and series just in time for spring. Tune in and watch FOUR new movies and two new series (bonus: plus one more new movie on Hallmark Movies & Mysteries!).

Here’s what (and when) to watch 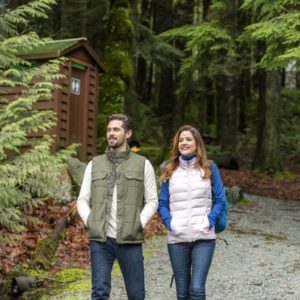 Maddie is doing everything she can to save her cupcake business. With the help of a handsome investment banker, Maddie’s luck begins to turn around in all aspects of her life. However, when her first love Nate unexpectedly returns home after 14 years, she will have to choose between a new romance and the man she never stopped loving. Stars Julie Gonzalo, and Chris McNally (You saw Julie most recently in “Falling for Vermont” and “Pumpkin Pie Wars”, and Chris was in “Rocky Mountain Christmas” and “Hearts of Christmas.”) 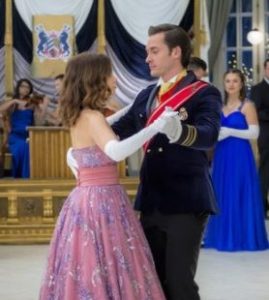 A struggling NYC matchmaker is hired by a king to find his son a suitable wife in time for a national celebration. As the clock ticks towards her deadline, the matchmaker finds him the perfect wife — only to realize that she’s fallen in love with him! Stars Joy Lenz, Will Kemp and Brittany Bristow. (Note: I don’t think I’ve seen either of these actors in any other Hallmark movie so it should be extra fresh for those of us Hallmark regulars. Fun fact: Will Kemp is an accomplished dancer!) 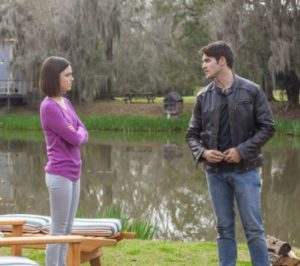 When an ambitious event planner gets an opportunity she can’t refuse, she goes undercover as her boss and returns to her rural hometown. With the help of her family and the man she left behind, she pulls off the perfect spring retreat, but will she discover home is where her heart is? Stars Poppy Drayton, Steven R. McQueen, Kix Brooks. (You’ve seen both these actors in other things [Poppy was even on an episode of Downton Abbey], but never a Hallmark original!) 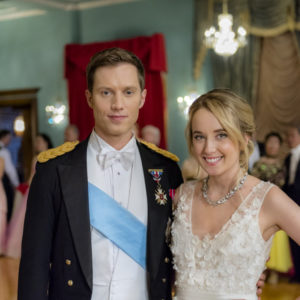 Once Upon a Prince
Saturday, April 7

Susanna gladly accepts help one day from handsome stranger Nate at her parents’ garden store in small-town Georgia. Sparks between them fly, but when a photo of them gets leaked to the press, Susanna is in for the shock of her life when Nate is called back home by his mother…for his coronation as the King Nathaniel of Cambria! Stars Megan Park and Jonathan Keltz. (If Megan looks familiar that’s because she was in “Central Intelligence” with Kevin Heart and The Rock.)

Season 5 of When Calls the Heart

Hearties, unite! Catch all new episodes on Sundays and, if you haven’t watched this show before, you can catch up online by streaming episodes FOR FREE.

If you have Hallmark Movies & Mysteries as part of your programming package, you can also watch Jewel (yes, the singer!) and Colin Ferguson (you might know him from the Maytag commercials) in a brand new Fixer Upper Mystery (called Deadly Deed: A Fixer Upper Mystery) on Sunday, April 11.