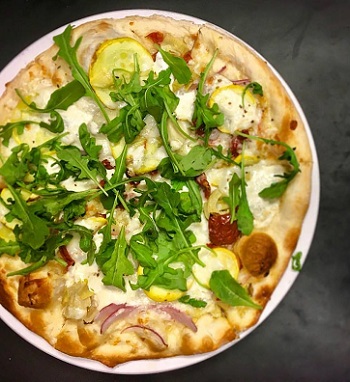 If you’re a fan of the Food Network, then you probably know a thing or two about Guy Fieri. The laid-back Californian has been a staple in the food entertainment industry since the early 2000s, with a 2006 debut of Guy’s Big Bite. Since that first show, the chef has expanded his culinary empire, most famously with the hit shows, Guy’s Grocery Games and Diners, Drive-Ins, and Dives. It’s that last show—the one fans have affectionately coined “Triple D”—that is quite possibly the most successful and well known of Fieri’s ventures.

For the past 12 years, Fieri has been cruising around the United States in his red, 1967 Camaro SS in search of the best “greasy spoon” restaurants and eateries. Visiting nearly every state in the country, Fieri has compiled an impressive list of “funky joints.” Here is one in a TDS serving area:

Restaurant 415 – Ft. Collins, Colorado
When you visit Restaurant 415, be prepared for unusual flavor. The owners of the Fort Collins establishment are cooking-up everything from mac and cheese to pizza—all with a twist. Guy Fieri was wary when he was served a chickpea-tomatillo pizza, saying he’d had “a lot of strange pizzas” but that this particular one “might take the cake”. However, despite his initial thoughts, the pizza won Fieri over with its unique flavors. If you consider yourself adventurous and willing to try something outside of the box, then Restaurant 415 is right up your alley.

The Food Network also went state-by-state to find each state’s most iconic dishes. Here’s a few from our TDS serving areas;

Colorado is revered for its brilliant blue skies, snow-powdered ski slopes, and towering peaks. The state is also extolled for its Rocky Mountain oysters, otherwise known as the balls of a bull. Visitors who insist on biting the bullet should go make the pilgrimage to Bruce’s Bar in Severance, a small town in northern Colorado “where the geese fly and the bulls cry.” An affable staple since the 1950s, Bruce’s serves its signature baskets of Rocky Mountain oysters, breaded and fried, in bull or bison varieties, and just in case a barrage of fried testicles doesn’t fulfill your grease allowance, note that the baskets arrive loaded with fries.

Nevada is grounded in a strong tradition of ranching and mining, a diverse cultural heritage and 24-hour entertainment, the Silver State offers an eclectic range of round-the-clock dining options. For a local steak, check out Gregory’s Mesquite Grill at the Eureka Casino Resort in Mesquite, Nevada. The menu features classic steak house favorites, along with Italian specialties.

New Mexico – Southwestern spice means the chile pepper: red if the pod is ripe, green if it’s harvested early. The heat from the peppers can be formidable, but it is always accompanied by layers of flavor that shine through like the high desert sun. In Alamogordo, be sure to check out Rizo’s Mexican Restaurant. Family owned and operated, Rizo’s has the best homemade fresh taste you can find.

Texas – the great state of Texas is home to a melting pot of culinary comforts. Three-meat barbecue plates, buffets of regional Mexican cuisine, and pecan-pie happy hours are just a few of the great eating experiences the state has to offer. In Seminole, be sure to stop by Just a Bite Steak Place. It only takes one visit to this feels-like-home eatery to understand why families in Seminole always put Just A Bite high on their list of favorite local restaurants.

By Cheryl McCollum and Joe Pueschner

Joe is a TDS Communication Intern, and a senior at the University of Wisconsin Madison who loves to cook, hit the gym, and listen to podcasts.