President Rutherford B. Hayes declared main street in Lincoln, New Mexico, “the most dangerous street in America.” This TDS Cable community was once considered one of the wildest towns and included the likes of Billy the Kid who claimed to have killed 21 men, one for each year of his young life.

From 1871 to 1881, more than 50 people were killed along the one-mile stretch of dusty road that curved through Lincoln and another 200 were murdered during the Lincoln County War. 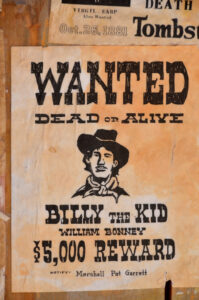 The origins of the Lincoln County War started in 1873 when Lawrence Murphy opened a store in Lincoln known as “The House.” Englishman John Tunstall later arrived in Lincoln and challenged Murphy with a rival store and bank.

The Lincoln Country War was basically an Old West feud between Tunstall and Irishmen James Dolan and Murphy. The Kid eventually became a member of the Tunstall gang and then formed his own posse called the “Regulators.”

Each side killed a member of the gang and then the revenge-killings went back-and-forth during the three-year war. Things got ugly when in April 1878, the Kid and members of the “Regulators” ambushed and killed Sheriff William Brady and Deputy George Hindman.

The law caught up to him several times, but The Kid always seemed to getaway.  He was jailed for three months in June 1879 but once again escaped and went back to rustling cattle and evading the law.

On July 14, 1881, the Kid was found and was shot and killed by Sheriff Pat Garrett in Fort Sumner, New Mexico. According to the History Channel some of the murky details surrounding the death of Billy have proven to be fertile ground for alternative theories. Some have claimed that Garrett shot the wrong man and Billy escaped. To complicate matters further, at least two men emerged decades later who were believed by some to be Billy. DNA has disputed at least one of these people who claimed to be the Kid. For some, it remains a mystery on how The Kid died.

This past weekend, the village held its annual festival called Old Lincoln Days featuring an open-air enactment of The Last Escape of Billy the Kid. Today’s visitors can see the Old Lincoln County Courthouse with museum exhibits about the famous and infamous characters of the Wild West. The museum includes details of the Lincoln County War and the historic use of the “House” as store, residence, Masonic Lodge, courthouse, and jail. 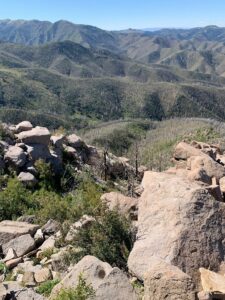 The area is also surrounded in beauty with the Lincoln National Forest and its three major mountain ranges: Sacramento, Guadalupe and Capitan that cover 1.1 million acres in southeastern New Mexico. Elevations range from 4,000 to 11,500 feet and include the Chihuahuan desert to a sub-alpine forest. It offers a range of recreational activities including hiking, picnicking, mountain biking, camping, and dirt bike riding and is home to Smokey Bear who was found on the Lincoln National Forest in 1950.

Billy the Kid has been the subject of more than 50 movies and several shows including PBS’ The Life and Legend of Billy the Kid. Here are some of the most popular films about the Kid:

Cheryl McCollum is a blogger for TDS.
View all posts by Cheryl McCollum →
6 reasons to make TDS your business internet service provider
Never too early to talk to your children about online safety