Here are some options of movies to with mom. From comedies to grab me a tissue, these films are great films for you and your mom to enjoy. Happy Mother’s Day! 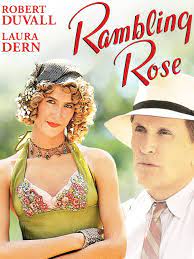 Rambling Rose
Real-life mother-daughter duo Laura Dern and Diane Ladd star in this 1991 American drama film set in Georgia during the Great Depression. Fun fact: They both earned Oscar nominations (Best Actress and Best Supporting Actress) for their roles and the first time a mother-daughter duo were nominated for the same film in the same year.

Mamma Mia!
Meryl Streep portrays the mother in this musical about a daughter who’s desperate to find out who her dad is. So, what does she do? Invites three of her mom’s former boyfriends to her wedding day! The film’s scenery is gorgeous with most filmed at the small Greek island of Skopelos.

Yes Day
Busy mom Jennifer Garner gives her kids a full day of making up the rules. Gather the kids for this laugh-out-loud comedy, but don’t be surprised if they start asking for their own “Yes Day!”

Terms of Endearment
Box of tissues required for this 1983 classic that covers 30 years of the mother-daughter relationship of Shirley MacLaine and Debra Winger. Mother Aurora focuses far too much time on her relationship with daughter Emma, who escapes her controlling mother and marries a young college professor and has three children. During the struggles of raising a young family, Emma relies on Aurora for emotional support. This film depicts that there’s no one way to be a great mother. 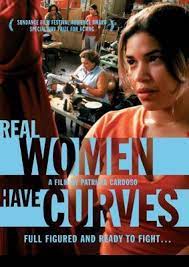 Real Women Have Curves
A well-meaning mama bumps heads with her independent daughter on the cusp of adulthood in this heartwarming story about ambition, self-love, and family that put star America Ferrera on the map.

Wonder
Based on the acclaimed best seller, Wonder is the inspiring story of August, a fifth-grade boy with facial differences who sets off to attend a mainstream elementary school for the very first time—changing everyone’s lives for the better in the process.

Akeelah and the Bee
Angela Bassett and Keke Palmer portray mother and daughter in this heartwarming tale about a young girl who hopes to make it to the National Spelling Bee. You’ll be taken back to your elementary school days while watching this flick with the kids.

Steel Magnolias
A 1989 American comedy-drama film starring Sally Field, Dolly Parton, Shirley MacLaine, Daryl Hannah, Olympia Dukakis and Julia Roberts. The film is about the bond a group of women share in a small-town Southern community, and how they cope with the death of one of their own. Mother Sally Field gradually accepts that her daughter Julia Roberts risks her own life to become a mother.

Freaky Friday
What happens when you and your mom trade identities? One crazy day!

Postcards from the Edge
Meryl Streep plays a famous actress who’s forced to move back in with her mom, who’s portrayed by Shirley MacLaine.

Cheryl McCollum is a blogger for TDS.
View all posts by Cheryl McCollum →
R.E.D. Friday is a way to remember those deployed
Programming Change in Utah