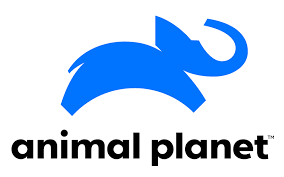 Impress your friends with these party-worthy pet facts gathered by the Animal Planet channel. Did you know dogs have twice as many muscles in their ears as humans? Here are more dog and cat facts.

Female dogs are twice as likely to bite someone than male dogs.

Studies indicate that petting your dog can lower your blood pressure.

Dogs are not colorblind. They are able to detect color in their vision, just not as vividly as humans.

Grapes and raisins, even in small amounts, can cause kidney failure in dogs.

The Alaskan Malamute can withstand temperatures as low as 70 degrees below zero.

It is illegal to keep a dog as a pet in Iceland.

Cats
Cats came to the Americas from Europe as pest controllers in the 1750s.

Cats sleep 16 hours on any given day.

A fingerprint is to a human as a nose is to a cat.

Most cats do not have eyelashes.

Cats have five toes on their front paws and four on each back paw.

A group of kittens is called a “kindle”, and “clowder” is a term that refers to a group of adult cats.

A cat’s meow is usually directed at a human, but cats will hiss, purr and spit when communicating with other cats.