In honor of Veterans Day, TDS asked three associates who are veterans to tell us their stories.  From a funny story they experienced while serving, to friends they made, to how the military impacted their life today, here’s a glimpse of what life was like for these TDS employees while serving our country.

To all veterans of all military branches, thank you for your sacrifice, your bravery, the example you set for us all, and your service. 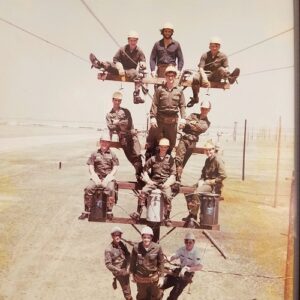 What motivated you to join the military?
I lived and worked as a cowboy on ranches in central Arizona all through middle school and high school. My senior year I moved to Colorado Springs and began working in a feedlot in Calhan, Colorado.  By the end of the summer the feedlot shut down. I just turned 18 that summer of 1977 and needed a job. I saw a newspaper ad that stated ‘learn an engineering degree and be paid while you are learning’ so I answered it.  Three days later a major with the U.S. Army Corps of Engineers showed up at my front door, and the rest is history.

What branch of military did you serve and for how long?
I served for six years with the U.S. Army Corps of Engineers – Combat Heavy

What was your rank in the military?
Sergeant E5

What was your primary job after training?
51R30 High Voltage Lineman

Tell us a funny story that could only happen in the military?
I volunteered to clean the general’s private pool at Sheppard Air Force Base in Wichita Falls, Texas. A buddy and I thought it would get us out of one day of training, but little did we realize that cleaning the pool required an actual acid wash, scrubbing concrete with scrub brushes all day. Note to self, stay in school.

Tell us about some of the friends you made while serving?
After basic training and AIT (Advanced Individual Training) I was fortunate to travel throughout Colorado, Wyoming, and Arizona working on federal projects ranging from helicopter pad facilities, USDA fire house buildings, reservoir dams, to ball fields. This allowed me to meet many different individuals at a state and federal level who are now retired but with whom I have remained good friends throughout the years.

How (did) does your military experience affect your life today?
Receiving 360 hours in electrical engineering opened the door for me in many civilian trades including telecommunications. My military training taught me how to lead by example, be the best you can always be regardless of the task, teamwork, how to work together as one, and always respect others. 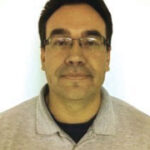 What motivated you to join the military?
Family tradition. Eighty percent of the males in my family, including my uncles and cousins have served. My oldest uncle survived Pearl Harbor. My grandfather would give us the ’man talk’ when we turned 12 (lol), it was either college or the military.

What branch of military did you serve and for how long?
Army for eight years.

What was your rank in the military?
Fluctuated (lol), but I was honorably discharged as an E4.

What was your primary job after training?
I was supposed to be an M1 Abrams mechanic, but ended up being a driver for the executive officer and first sergeant of my unit.

Tell us a funny story that could only happen in the military?
We were out on maneuvers at White Sands Missile Range in New Mexico and a guy lost his pistol. We spent the next two weeks raking the desert in areas he could have lost it. We did finally find it.

Tell us about some of the friends you made while serving?
I dared a guy, who would take any dare anytime, to tackle a drill sergeant during basic. He did it (lol). 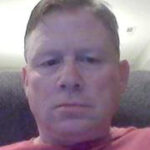 What motivated you to join the military?
I yearned to make a difference. I also loved being the protector. Being the only son and brother to three sisters, I was trained by my father to protect my sisters all the time at all cost, I took that seriously. Before I graduated from high school I signed up for ‘delayed entry.’ I didn’t hesitate, and knew it was the right decision.  When I signed the paperwork. I felt proud instantaneously. I couldn’t wait to start my military life.

What branch of military did you serve and for how long?
I served in the U.S. Army for three years active duty, 18 months delayed entry, and two years reserve.

What was your rank in the military?
My rank was E3 when I was honorably discharged.

What was your primary job after training?
My primary job was radar operator II. I was in the 18th Airborne Corps, attached to the 82nd Airborne. I oversaw field communications and land-to-air missiles. I held a class II security clearance.

Tell us a funny story that could only happen in the military?
I weighed 109 pounds when I was in jump school. On my first jump, even though I was fully loaded with gear, I landed about one-third of a mile away from my platoon even though I jumped fifth out of my platoon.

Tell us about some of the friends you made while serving?
I made a lot of friends while in the military, including a few civilians in Europe. I remain friends with everyone in my platoon. Once a year we have a reunion. Last year, we met in Dallas, and this year the plan is San Diego. We did a lot of field exercises with NATO and in other countries, so this made for a close-knit platoon member — now and forever.

How (did) does your military experience affect your life today?
I believe that if I didn’t have the experience in the military, I wouldn’t be the person I am today. When anyone is put to the test, they must reach down inside to achieve success under extreme conditions. It made me humble and proud to be a citizen of this great nation. My experience gave me the belief that I can achieve anything no matter the condition. I wish I would have stayed and retired there, because deep down I really liked the respect I received, and still receive, for serving this great nation.