Along with our lightning-fast speeds, TDS is passionate about being good community partners. Giving back is an integral part of the culture at TDS. From hands-on volunteering to in-kind and financial support, TDS takes a vested interest in the growth of the communities we serve. Here are some examples from Colorado, New Mexico, and Texas. TDS loves serving in our communities!

In February, TDS donated $5,000 for the Boulder County Fire Relief fund in Colorado.

TDS’ volunteer efforts truly make a difference in people’s lives like Eric. “When we sit down to dinner, we thank God for the food bank.”  – Eric

TDS also sponsored the 71st Annual Awards Luncheon in May.

Cortez
TDS was an April pet sponsor For Pet’s Sake. 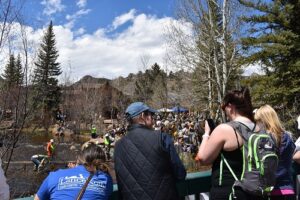 Estes Park
TDS was a sponsor of the Estes Park Duck Race in May and is sponsoring the summer-long Tuesday Night Live Concert Series at Music at the Marina. TDS also donated more than 80 $25 gift cards for high-achieving students at the TDS Student Appreciation Program at Estes Park High School. In addition, TDS sponsored the EVBOR Bowling fundraiser to raise money for high school scholarships and also volunteered with EVBOR on cleaning up Highway 36 on Memorial Day.

Fort Carson
TDS launched a Student Appreciation Program where students could sign up at the Fort Carson Main Exchange. 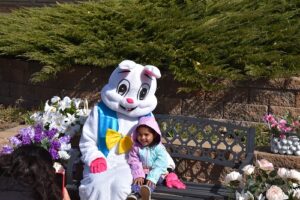 Johnstown
TDS hopped on down to the Easter Egg Hunt at the United Methodist Church in Johnstown on April 16, where we sponsored the Bounce House and Slide for this fun, family event.  TDS sponsored Johnstown BBQ Day and the Punt-Pass-Kick event in June. TDS also sponsored a Student Appreciation Program at Roosevelt High School. 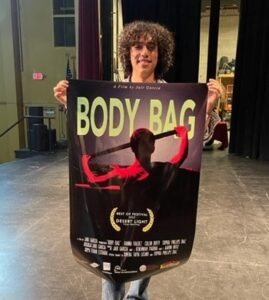 Alamogordo, New Mexico
TDS was a proud sponsor for the Desert Light Film Festival in Alamogordo. Our $2,000 donation funded the monetary prizes awarded to the winners and supplies for the teachers during the event. TDS Field Marketing Manager Barbara Mick served as a judge of the Best of Festival films earlier this year. Congratulations to the 250 film students and teachers that participated.

“TDS provides great encouragement to a small group like ours.” said Joan Griggs of the Desert Light Film Festival Committee. “We believe our festival and competition give students a good reason to become involved in a creative field such as film, and we work hard to prepare and organize all the many parts of the competition.  But financial stability is truly the wind beneath our wings.  On behalf of the entire festival committee, I thank you and each person at TDS who helped to fund the awards. ”

In March, TDS associates spent a Saturday morning cleaning up trash in Alamogordo, sponsored the Zoo Brew, and a Thrive Benefit Concert.  TDS will be sponsoring the Balloon & Music Festival in mid-September.

Carlsbad
World War II Veteran Bill Fuson from Carlsbad, New Mexico turned 97 on Jan. 20, 2022. The TDS Patriot Group encouraged individuals to send birthday cards to Bill Fuson, PO Box 1372, Carlsbad N.M. 88220. Bill enlisted in the U.S. Army at age 19 and spent most of his time in the Philippines. Bill is a retired welder and a deacon at Cavern Baptist Church in Carlsbad. His hobbies are fishing, gardening and hunting. Thank you Bill for your service, and Happy Birthday Bill!

TDS will be sponsoring Cavern Fest in June and Hawgfest in August.

Lovington
TDS will be a sponsor at the Lea County Fair in August. 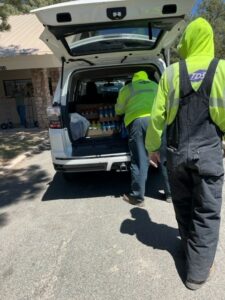 Ruidoso
During the devastating McBride Fire in Ruidoso, TDS associates donated a carload of supplies for the firefighters and residents in need at the local shelter.

Cheryl McCollum is a blogger for TDS.
View all posts by Cheryl McCollum →
Thank you for letting us know your install went great in Utah!
Scammers pretend to be U.S. Customs and Border Protection