By Cheryl McCollum on December 23, 2016 in Entertainment, News 0

Mysteries at the Museum will be showcased on the Travel Channel on Sunday, Dec. 25. You can check out everything from Dolley Madison, to Michelangelo the Forger and the Forgotten Lindberg. 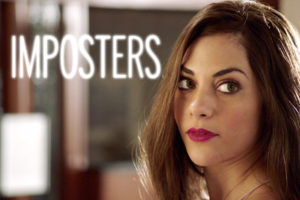 Bravo Media has set Feb. 7 at 10 p.m. as the premiere date for its new scripted series Imposters (previously titled My So Called Wife).

The dark comedy, from Universal Cable Productions and executive producers Adam Brooks and Paul Adelstein, follows Maddie (Inbar Lavi), a persona shifting con-artist who is as beautiful as she is dangerous, leaving her unwitting victims tormented when they realize they have been used and robbed of everything – including their hearts. But things get complicated when her former targets, Ezra (Rob Heaps), Richard (Parker Young) and Jules (Marianne Rendón) team up to track her down.

While pursuing her newest mark, Maddie meets a potential love interest, Patrick (Stephen Bishop), which threatens to derail her assignment, much to the chagrin of her mysterious boss, The Doctor. Meanwhile, her dejected past lovers manage to take control of their new realities, not realizing that in their quest to confront her, they’ll have to face their own truths and find new versions of themselves along the way. As previously announced, Uma Thurman also will guest star in the series.

Manifesto explores how the FBI caught infamous criminal masterminds, with the first season set to focus on FBI agent Jim “Fitz” Fitzgerald, a specialized linguist who challenged old-school ways with a radical approach to intelligence gathering. His unconventional means brought the Unabomber to justice after a near 20-year manhunt when he discovered that the key to unlocking his true identity could be found in the language of “The Manifesto,” a detailed account of some of Kaczynski’s plots.

Here are the top-rated shows in cable:

TV Land:   “Younger”  Forty-year old Liza passes herself off as 26 to land a job. Now she has to make sure no one discovers her secret. After three seasons, the series is finally getting noticed. The show returns this summer.

HBO: “Westworld”  A series inspired by the 1973 film of the same title is about a futuristic theme park populated by artificial beings. Season two will return in 2018.

AMC: “Walking Dead” is an American horror drama television series and tops the cable viewing audience nationally. It’s in its seventh season and has been renewed for an eighth season to air in late 2017.

Comedy Net: “Broad City” The series is based by two woman’s real-life friendship and their attempt to “make it” in New York. Amy Poehler is one of Broad City’s executive producers.  The fourth season will return in the summer 2018.

HBO: “Game of Thrones” is an American fantasy drama television series. It was renewed for its seventh season and is scheduled to premiere in mid-2017, with a total of seven episodes and will conclude with its eighth season in 2018.

Cheryl McCollum is a blogger for TDS.
View all posts by Cheryl McCollum →
Fox negotiation update
TDS gives back to community through sponsorships, involvement