Memorial Day, which honors the men and women who died while serving in the U.S. Military, is America’s most solemn holiday.

Many Americans observe the day by visiting cemeteries or memorials, gathering with family and attending or participating in parades. It became an official federal holiday in 1971.

Two TDS employees shared with us who they will remember on Memorial Day. Here are their stories.

TDS’ Mark Andersen served in the U.S. Army as a 12B Combat Engineer.  He joined the Army in 1984 and was stationed in Missouri, Germany and Kentucky.

On this Memorial Day, Mark said he remembers three people who were lost in the 58th Engineer Company accident in West Germany in 1987.

“We (Co. D 54th Engineer Battalion) had just finished training on the M-180 Cratering charge and were coming off a demolitions range in Hohenfels, West Germany, when next up was the 58th Engineering Company. We were no more than a mile down the road when we heard an explosion and saw a cloud of smoke. We all knew something had gone very wrong.”

TDS’ Jeff Mand served in Operation Iraqi Freedom as a member of the U.S. Army. He also served as a Captain – Company Commander in the Army National Guard.

“We all deployed to Iraq in 2004 as a part of the same Brigade Combat Team, and spent most of 2005 in Iraq,” said Jeff.  “Staff Sgt. Todd Olson was killed in action while on foot patrol by a remote detonated improvised explosive device (IED) the day after Christmas.  Charles, who carried Todd’s rifle in memory of Todd, was killed when his vehicle was struck by an IED on June 26, 2005. Wes was killed on Oct. 13, 2005 when an IED hit his vehicle on a combat operation.”

“Todd and Charles were a part of the same unit I deployed with from Neillsville, Wis. and Wes was from a unit in Tennessee; he lived in Hilham Tenn.”

“The stories surrounding their deaths are both tragic and heroic.  Each was on combat patrol performing counter-insurgency and trying to provide security to local citizens.  They were all of similar backgrounds; small town boys with huge hearts who wanted to serve their country.” 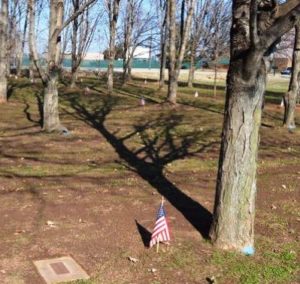 Finally, Mark Andersen said he also remembers the 248 members of the 101st Airbourne Division and eight crew members who died in a plane crash in Gander, Newfoundland on Dec. 19, 1985.

After six months of peacekeeping duty, that group was returning to Ft. Campbell, Ky. They never got home—their plane went down on take-off a half-mile from the runway.

Two years after the Gander crash, Mark arrived at Ft. Campbell, Ky., and was assigned to the 101st Airborne Division, 326th Engineer Battalion, Bravo Company. His platoon was assigned to the 3/502 Infantry, the same battalion that lost so many. There was a memorial at Fort Campbell that included one sapling planted for each of those lost that day. The trees were still young. The wounds were still deep, and they were fresh.

Last year, Mark returned to Ft. Campbell for a reunion. The 256 saplings around the Gander memorial are now mature trees. “Seeing them,” Mark said, “and that memorial 24 years later, brought a tear to my eye.”

Who will you remember this Memorial Day?

Memorial Day, Remembering those who died