March is Women in History month and TDS is remembering three women who were visionaries in their field of technology. Necessity may be the mother of invention, but these women were innovators due to their passion to help others.

One of the women featured in the film, Hidden Figures, Katherine Johnson was a physicist and mathematician who contributed to America’s aeronautics and space program. She calculated the trajectory for Project Mercury and the Apollo 11 flight to the moon. In 1970, she worked on Apollo 13’s mission to the moon. The mission was aborted and Johnson’s work on backup procedures and charts helped the crew safely return to earth. 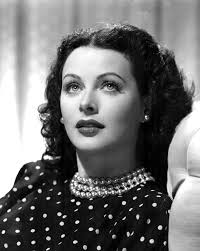 In between her film career and during World War II, Lamarr and composer George Antheil presented the U.S. Navy with a radio guidance system technology for Allied torpedoes. The intent was to use frequency-hopping spread spectrum designed to guide torpedoes and avoid the interference that was threatened by the Axis powers. Although the U.S. Navy did not adopt the technology until the 1960s, the technology developed by Lamarr and Antheil has been incorporated into Wi-Fi, Bluetooth, and CDMA (a type of radio tech).

For their work, the pair was posthumously inducted into the National Inventors Hall of Fame in 2014. If looking for a good read about the life of Hedy Lamarr, check out the book, The Only Woman in the Room by Marie Benedict.

Grace Murray Hopper was a pioneer in the world of computer programming. She popularized the idea of machine-independent programming languages, which led to the development of COBOL. She was a U.S. Navy Rear Admiral, and in 1973 she became the first person from the United States to be named a Distinguished Fellow of the British Computer Society. She’s also an IEEE Fellow, the 1964 winner of the Society of Women Engineers Achievement Award, a National Medal of Technology winner, and was posthumously awarded the Presidential Medal of Freedom.

Also celebrating women’s achievements this month are Telecom’s Women in Technology Employee Resource Group, TDS ACE, and U.S. Cellular Women In Action in their 2020 Partnership Series. The groups are honoring six women who in 2019 “made history, shattered glass ceilings, and became ‘firsts'” in their field. The six women include: