Grab your family and enjoy these Valentine’s Day-themed movies centered around the language of love.

When two gnomes from different sides of the neighborhood fence fall in love, they’re love becomes something they must fight for due to the feud their respective gnome families have had forever. Will their love be strong enough to fight for?

When an ogre named Shrek just wants his swamp back after an infiltration of fairy tale characters takes over, he makes a deal with Lord Farquaad. Shrek and his sidekick named Donkey will rescue Farquaad’s soon-to-be wife, Princess Fiona, from a tower in exchange for his swamp back. On this journey of rescuing Princess Fiona, however, the ugly ogre Shrek begins to fall in love with the princess meanwhile she has a secret of her own. 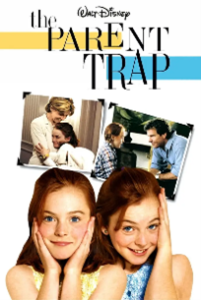 Starting as enemies, Hallie and Annie met at summer camp and later realize they are identical twins separated at birth. Now, in an attempt to get their parents back together, the two conspire to switch places at the end of the summer hoping to force their parents to meet and fall in love all over again.

The Fault in Our Stars

Based off the novel by John Green, this is the story of teenage love riddled by the reality of the two lovers meeting in a cancer support group. Hazel with terminal cancer and an oxygen tank always on hand, and Augustus Waters with a prosthetic leg, fall for one another after discovering they have more in common with each other than just cancer.  When given the opportunity to go meet their favorite author together, the two set out for a brief adventure outside of their support group.

This movie based off a true story shows the bond between man and dog. When Parker Wilson finds an abandoned dog and intends to find the owner, an unexpected friendship is formed like no other. Their bond lasted until the very end, get the tissues ready.

The Odd Life of Timothy Green

The love of family is one of the strongest loves there is. When a childless couple unable to conceive bury a box in their backyard with all of their wishes for a child inside, a child is soon born but not in the way that they think. A 10-year-old Timothy Green shows up at their door, and it seems as though he is the child they have been wishing for. 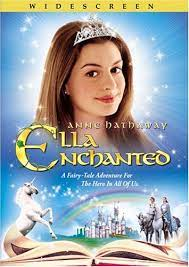 After being given the gift of obedience from a fairy, Ella’s life is made much more difficult when after the death of her mother, her father marries a despicable woman with two treacherous daughters that order her around for their every need. Ella must figure out how to break this curse using her own intelligence but with a special Prince Charmont giving her a little bit of help. This is your modern-day Cinderella story, but where the princess fights to save herself.

Starring Nick Robinson, the film follows a gay teenager as he looks for the man who’s giving him confidence to be comfortable in his own skin.

Ever wondered how Barack and Michelle Obama’s love story came to be? Well, now you can see where it all began… starting with their first date on the South Side of Chicago. It’s beautiful, romantic, and proves that love can withstand anything.

Marry Me (2022) In theaters and streaming on Peacock
Pop superstar Kat Valdez is about to get married before an audience of her loyal fans. However, seconds before the ceremony, she learns about her fiancé’s cheating ways and has a meltdown on stage. In a moment of inspired insanity, Kat locks eyes with a total stranger in the crowd and marries him on the spot. As forces conspire to separate the unlikely newlyweds, they must soon decide if two people from such different worlds can find true love together.