Eunice, a small, friendly town in Lea County, New Mexico and a TDS high-speed internet cable community, has a population of 3,022 and a total area of 2.9 square miles. While this may seem typical of a town in the southeastern part of the state, the history and resources set it apart from others.

In 1908, a man named J.N. Carson settled into an unincorporated area and named the town after his oldest daughter, Eunice. He built a store and a postal office and others followed, enough to have 23 kids attend the one room schoolhouse that also served as a community center and church.

Twenty-some years later, the population increased exponentially with the success of the first producing oilfield well in the area – the beginning of the Oilfield Boom. The well brought a few thousand workers to the area, increasing the population to 5,500 in the 1930s.

During this time, the downtown of Eunice was flourishing! It consisted of 27 cafes, six bars, two grocery stores, pool halls, a drugstore, a hotel, two churches, and more.

Today, the pace around the oil field has slowed due to the drop in the price of oil, but all companies in the area are in need of employees with an unemployment rate running at 0%. 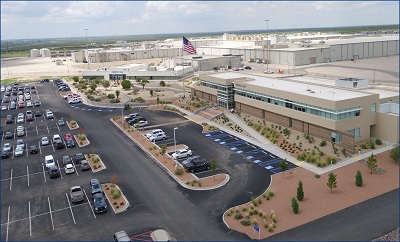 URENCO, is an international supplier for the civil nuclear industry and has a plant in Eunice, New Mexico.

While the population around Eunice has dipped, but the area still has lots to offer. Within the last few decades, a new business facility came to the area, one in which generates nuclear fuel.

In 2006, URENCO USA began to construct a National Enrichment Facility in Eunice to enrich uranium through a centrifuge technology. Come mid-2010, the facility was up and running. It’s the first enrichment facility to be built in the United States in 30 years and the first ever using centrifuge enrichment technology.

Eunice High School contributes to the town’s uniqueness through its state baseball championships. The high school has won 17 state baseball titles, making it fifth in the nation.

TDS is proud to serve Eunice and its ever-expanding community and resources. Nearly a year ago, TDS launched Ultra 600 in Eunice with internet speeds of 600Mbps.  Ultra 600 is the result of recent TDS network improvements in New Mexico, which not only allows for faster speeds, but improved capacity for all Internet customers. Ultra 600 is ideal for households with multiple Internet-connected devices and it’s great for streaming multiple HD movies in a flash. Customers can learn more about Ultra 600 at HelloTDS.com/offer8261 or calling 1-855-301-7470.