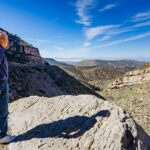 Lying inside the Tularosa Basin, flanked by the western edge of the bold Sacramento Mountains, is the bright TDS cable community of La Luz, New Mexico.

This small region houses a modest population of 1,651 residents. With an area of just 10.7 square miles, the tight-knit citizens of La Luz express pride in their prosperous agricultural lands, engaging visitor attractions and deep historical roots.

While there are debates over the founding of the community of La Luz, many accounts claim it was founded originally as Nuestra Señora De La Luz (Our Lady of the Light) by Franciscan friars during the 18th century.

After Mexico achieved independence from Spain in the early decades of the 19th century, Mexico declared New Mexico a new province. With the establishment of the Santa Fe Trail in 1822, trade with the United States opened and settlers began to migrate to New Mexico. Two decades later the Mexican-American War occurred, ending with the cession of New Mexico to the United States.

Today, La Luz and the broader area of Otero County continue to celebrate the wonderful blend of Mexican and American cultures in their many museums, historic landmarks, and cultural centers. There are attractions of all kinds for all audiences in the county.

In the nearby towns of Alamogordo and Tularosa, tourists can enjoy a bountiful supply of fruits such as grapes, figs, cherries, plums, and peaches. In addition, there are vineyards and wineries scattered around the lands.

Families with children should check out Alamogordo’s Alameda Park Zoo, the oldest zoo in the Southwestern region of the United States. Home to 90 species of animals, this habitat offers an education center, gift shop, and picnic area that appeals to individuals of all ages.

Also in Alamogordo lies the iconic Toy Train Depot, an impressive train museum that preserves the local area’s historical ties to railroading. Children, parents, adventurers, history fanatics, and train enthusiasts are guaranteed to enjoy this attraction’s presentation of everything locomotives.

During every season of the year, visitors to Otero County can hit the slopes at Ski Cloudcroft and Ski Apache, two popular locations recognized for their celebration of outdoor activities. Ziplining, gondola rides, mountain biking and hiking trails offer breathtaking views of the surrounding mountain ranges throughout the warmer seasons. During the chilly winter months of the year, skiers, snowboarders and tubers alike gather to enjoy the resorts’ well-groomed trails.

A large handful of museums too are found in the surrounding cities of La Luz, due to the location’s rich historical background.

For thousands of years, even before the late 16th century arrival of Spanish settlers, great groups of Apache Native Americans resided in the south-central area of New Mexico. The Apache homelands, which once stretched hundreds of miles, are now held within the Mescalero Apache Reservation, located northeast of La Luz. Establishments such as the Alamogordo Museum of History and the Mescalero Apache Cultural Center and Museum honor the Native American people here that have left a significant impact on the culture of Southwest America.

Come visit the sunny lands of La Luz, New Mexico, if you are interested in exploring the community’s many unique attractions for visitors, the beautiful views of mountain ranges, and ever welcoming citizens. ​