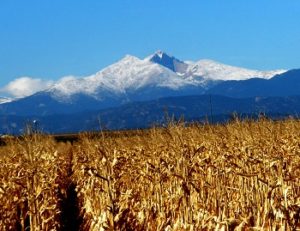 Acquired through the K2 acquisition, TDS welcomes the new community of Mead, Colo. Although TDS is new to Mead, we have been doing business in Colorado since 1991 when TDS first purchased two phone companies there. We are excited to add Mead to the list of communities we serve in Colorado!

With just under 5,000 residents, Mead doesn’t lack local events or things-to-do. There are annual events like their Easter Egg Hunt, 4th of July Bike Parade, Christmas in the Park, Fishing Derby, and Mead Community Day & Sugarbeet Festival. Additionally, there are events that take place throughout the year, like Summer Concerts in the Park and the Downtown Mead Farmers’ Market.

You’ll find the small-town of Mead between Fort Collins and Denver. Mead serves as the southern scenic gateway into Rocky Mountain National Park. Many residents like Mead because of the friendly-community, schools, and it’s in a good location.

According to the town’s Chamber of Commerce, “Mead is a vibrant, small community creating a buzz as one of the fastest growing towns just north of Longmont and south of Loveland.”

The film Die Hard 2 used locations in Mead for filming including the Historic Highlandlake Church (see below). Die Hard 2 also featured the areas surrounding the Rocky Mountains, Breckenridge and the Denver airport,  which served as the base of operations for the villains in the movie who take over Washington D.C.’s “Dulles International Airport.”

A small history of Mead
Mead has an interesting history starting with the Mead family, who helped settle Highlandlake, a town about a mile northwest of Mead. This town was booming in the late 1800s and served as a retreat from city life for Denverites. However, in 1906, a new railroad was built, passing through a few miles to the East of Highlandlake. This led the Mead family to create a new town, Mead just a few miles outside of the town they formed 40 years earlier. Within the next decade, Mead took shape and most of the public building and housing moved from HIghlandlake, now an unincorporated area, to what is now known as Mead.