Instead of a night out, this is the year to spend Valentine’s Day watching a romantic movie at home. So, grab you’re remote, a sultry scented candle, and fire up a film for a cozy night at home. From the classics to today, here are some suggestions from a wide variety of sources:

It Happened One Night (1934)
Considered one of the first and greatest romantic comedies of all time, this Frank Capra film stars Claudette Colbert as a feisty young heiress set to marry a man her father disapproves of, and Clark Gable as the guy hired to help her get home. Guess whether they end up together? The chemistry between Colbert and Gable sizzles. 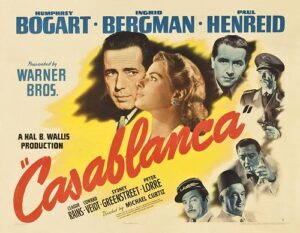 Casablanca (1942)
Humphrey Bogart and Ingrid Bergman light up the screen in this funny epic about Morocco during World War I!. Famous quotes from the film include “Here’s looking at you, kid.” “Of all the gin joints, in all the towns, in all the world, she walks into mine…” “Kiss me. Kiss me as if it were the last time.”

An American in Paris (1951)
Three friends struggle to find work in Paris. Things become more complicated when two of them fall in love with the same woman. Gene Kelly, Leslie Caron and Oscar Levant star in this Academy Award Best Picture film. The final section of the film has a 17-minue dance sequences that took a month to film and is simply breathtaking. For Love of Ivy (1968)
When a young woman decides to quit her job as a maid in order to pursue an education at a secretarial school, her employers freak out at the thought of losing her. Desperate, they hire a dashing executive (Sidney Poitier) to woo her and convince her to stay, but their boyfriend-for-hire’s complicated personal life threatens to tear the entire scheme apart at the seams.

Love Story (1970)
Grab your tissues, because tears will flow while watching this film. A man and a woman from different backgrounds fall in love regardless of their upbringing – and then tragedy strikes. The phrase, “Love means never having to say you’re sorry” comes from this film.

Moonstruck (1987)
Nicolas Cage and the incredible Cher star in this love story for the ages. Cher plays a bookkeeper from Brooklyn who finds herself falling in love with the brother of the man she’s supposed to marry. This romantic comedy captured the hearts of people the world over, and Cage’s monologuing makes it even better.

When Harry Met Sally (1989)
Can men and women really just be friends? Nope. Billy Crystal is sarcastically sexy and Meg Ryan is a sweetheart. There are several iconic comedy scenes in the film, including “I’ll have what they’re having.” 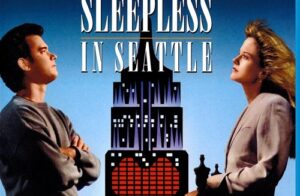 Sleepless in Seattle (1993)
Meg Ryan and Tom Hanks (Annie and Sam) keep hopeless romantics restless throughout this classic of “will they, won’t they” dance. Spoiler alert: Best scene is when Sam’s son calls the radio station where Annie works to help find his widowed father a partner. Plus, a thumbs up on the sweet ending.

Four Weddings and a Funeral (1994)
As the title implies in this British romance, Charles (Hugh Grant) has to bump into Carrie (Andie MacDowell) at five different events before he’s able to fully express how he feels about her. Grant is quite charming.

Waiting to Exhale (1995)
The four best friends help each other through their various romances’ highs, lows, and disappointments. The chemistry between Whitney Houston, Angela Bassett, Loretta Devine, and Lela Rochon is ultimately more memorable than the romances.

Love Actually (2003)
In addition to romance, Love Actually chronicles betrayal and heartbreak and shows every stage of love. From the honeymoon phase to the challenges and dysfunctional aspects of being in love for the long haul. Thumbs up!

The Notebook (2004)
Tissues please. This romance takes place in North Carolina after World War II. The young and affluent socialite Allie Calhoun (Rachel McAdams) meets the charming and poor Noah (Ryan Gosling) one summer, developing a bond that surpasses obstacles such as time and illness. 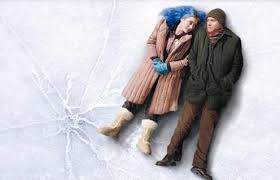 Eternal Sunshine of the Spotless Mind (2004)
Considered one of the most innovative love stories ever, this fantasy film follows Joel (Jim Carrey) and Clementine (Kate Winslet) throughout various stages of their relationship. While its depiction of romance is realistic and moving, it’s all the more memorable for scenes in which mind-erasing is involved.

Shelter (2007)
Shelter follows Zach, an aspiring artist who puts his college dreams on hold to help his family. He falls for his best friend’s brother, Shaun, but struggles with his feelings. It’s an uplifting story about romantic love and families.

Beginners (2010)
Aside from the sweet romance between Ewan McGregor and Mélanie Laurent, his father’s late-in-life coming out reminds us that romance is ageless, and for everyone.

The Incredible Jessica James (2017)
This Netflix original is excellent if you’re craving a classic story about a jaded woman in the city who gets a chance to rethink love. Jessica Williams plays a burned-out New York City playwright who ends up falling for a divorced app designer (Chris O’Dowd) she meets on a blind date.

To All the Boys I Loved Before (2018)
Daydreamer Lara Jean is given a rude awakening when the secret love letters she’s been writing to her childhood crushes get mysteriously mailed. Peter Kavinsky and Lara Jean end up striking up a deal that works out for both of them in more ways than one.

Sylvie’s Love (2020)
Beautiful sets and costumes recreate life in the ’50s and ’60s in New York City. Sylvie is an aspiring TV producer who feels a palpable connection with a jazz musician. But due to other obligations, the couple can’t be together—until they’re offered another chance at love years later.

The Photograph (2020)
This movie is two romances in one that follows Mae (Issa Rae) in the present day, as well as her mother, Christina (Chanté Adams), in the past. Is romantic history doomed to repeat?

One Response to Romantic movies to watch this Valentine’s Day