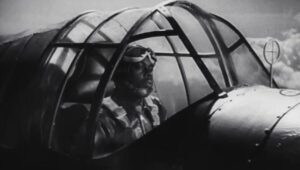 On the History Channel a documentary event

Founded in 1940, when the U.S. military was still racially segregated, the Tuskegee Airmen fought for their country overseas and against racism back home. Now, exclusive interviews with Brig. Gen. Charles McGee and other surviving airmen detail the struggles they faced as America’s first all-Black flying squadron. Join executive producer and narrator Robin Roberts and see how the Tuskegee legacy has lived on to inspire a whole new generation of activists and civil rights leaders.

Cheryl McCollum is a blogger for TDS.
View all posts by Cheryl McCollum →
Romantic movies to watch this Valentine’s Day
Social media is no place for COVID-19 vaccination cards