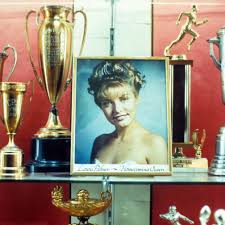 For a limited time, add Showtime’s array of movies, sports, comedy and original series to your TDS lineup for just $6.95 a month. The sale price runs from May 15-June 24 and is good for a full year.

Twin Peaks
Twin Peaks is an American television series created by Mark Frost and David Lynch, which continues the 1990–1991 ABC series Twin Peaks. The new 18-part limited series event will premiere on Showtime, May 21. Twin Peaks is a crime drama mixed with healthy doses of the surreal. It is about FBI Agent Dale Cooper who travels to the small logging town to solve the murder of seemingly innocent high schooler, Laura Palmer. The show includes visuals, oddball characters, and wild dream sequences.

Little is known regarding the plot of the new series, but Showtime president David Nevins stated “the core of it is Agent Cooper’s odyssey back to Twin Peaks.”

Guerrilla
Set in London in 1971, Guerrilla is a six-part mini-series that kicked off April 16 and episode two aired May 14. The show has received critical acclaim. Guerrilla was created by American writer-director, John Ridley, who once made a film about Jimi Hendrix’s life in London, Jimi: All Is by My Side. Guerrilla is a drama about black British civil rights activists resorting to violence during militant activism during the early 1970s. Guerrilla begins with Marcus (Babou Ceesay) and Jas (Freida Pinto), a quiet bohemian couple peddling leftist literature and teaching convicts. The show is subdued in that there is one shooting and one fatal beating in the first episode, and a similar amount of bloodshed in the second.

I’m Dying Up Here
Set in the celebrated L.A. stand-up comedy scene of the ’70s, where the careers of most comedy superstars began, I’m Dying Up Here delves into the inspired and damaged psyches that inhabit the hilarious, but complex business of making an audience laugh. The American comedy-drama series is based on William Knoedelseder’s book of the same name. The first episode kicks off June 4. The series includes 10 one-hour episodes. Program creator is David Flebotte and executive producers include: Jim Carrey, David Flebotte and Christina Wayne.

Miss an episode? With Catch TV you can watch your favorite shows any time on any TV in your home.

Disclaimer: $6.95/mo. Showtime offer ends 6/24/17. Offer valid for new Showtime subscriptions only. Promotional price valid for 12 months. After promotional period, current rates apply. HD channels require a subscription to the appropriate premium channel package. Local and state sales tax and other fees, charges, and restrictions may apply. SHOWTIME and related marks are trademarks of Showtime Networks Inc., a CBS company. To be a registered user of Showtime Anytime, you must meet the following criteria: (1) you must reside in the U.S.; (2) you must be one of up to five members of a household with an account in good standing with your participating provider; and (3) your household must subscribe to SHOWTIME through your participating provider. To register, you will be required to enter the credentials that you have established with your participating provider for accessing Showtime Anytime and provide certain additional registration details. The primary account holder established with your participating provider must register for the Service before any sub-account holder may do so. No more than three members of a household are permitted stream content at any one time.