By Cheryl McCollum on February 7, 2017 in Business, Community, News 0

TDS’ Jessica A. direct sales representative, has lived in Hobbs, N.M. her entire life. She enjoys living in the Land of Enchantment (New Mexico’s nickname) because of the sunrises, sunsets and the “stunning” nighttime sky. Stargazing is unique, she said, “in our beautiful New Mexico.”

Jessica says she’s “especially proud of the Hispanic culture and the delicious Mexican food, language, art, traditions, customs and music,” she said. “The community is very friendly and close-knit.”

About Hobbs
TDS, your internet service provider, offers internet packages in Hobbs, New Mexico up to 600Mbps for commercial and residential customers.

Hobbs is located just a few miles from the northwestern Texas border, and sits 320 miles southeast of Albuquerque, N.M. and 400 miles west of Dallas. 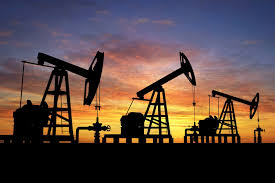 Hobbs was founded in 1907. The small, isolated settlement expanded rapidly following the discovery of oil by the Midwest Oil Company in 1927. At the peak of the oil boom, more than 12,000 people lived in Hobbs. Following the Great Depression, oil prices crashed and the population dropped to 3,000. In the 1940s, oil regained its footing and the population started to climb again to 14,000. Today, the population is 35,000 people and is growing. In 2012, Hobbs was named one of the fastest-growing small towns by Forbes.

What to do in Hobbs
The Western Heritage Museum & Lea County Cowboy Hall of Fame is on the main campus of the New Mexico Junior College. It features the history of the Llano Estacado region of eastern New Mexico and northwestern Texas. It is part of what was once called the Great American Desert.

Jessica added the Zia Park Racetrack and Casino is a great tourist attraction in Hobbs.

National attractions around Hobbs
Carlsbad Caverns National Park is about 70 miles southwest from Hobbs. More than 120 known caves were formed when sulfuric acid dissolved the surrounding limestone, leaving behind caverns of all sizes.

The Roswell International UFO Museum is about 75 miles northwest from Hobbs. Its collection focuses on an unidentified flying object that crashed on a ranch northwest of Roswell in July 1947. “Wreckage” debris was picked up by several area residents. The museum opened 45 years after the incident in Roswell. It also includes other UFO paraphernalia .

Notables about Hobbs
Hobbs is the headquarters to the Soaring Society of America, founded to support the soaring of powerless planes. These planes are towed into the sky and then turned loose and make circles as they descend to the ground. Today, the society has a nationwide membership of more than 10,000. The strong thermal updrafts in Hobbs from the surrounding desert create the perfect place for the graceful sport of soaring

Hobbs loves basketball
Unless you live in Hobbs, you probably don’t know it has 17 State Boys Basketball Championships – the most in New Mexico history. Professional basketball players from Hobbs include: Bill Bridges, who spent 13 years in the NBA from 1962 to 1975 and appeared in three All-Star Games. Jeff Taylor, who played for two seasons in the NBA (1982-83 and 1986-87)  and his son Jeffrey Taylor, who was drafted by the Charlotte Bobcats in the 2012 NBA draft.

NFL quarterback Colt McCoy was born in Hobbs and so was NFL running back Timmy Smith, who rushed for two touchdowns and 208 yards in Super Bowl XXII when the Washington Redskins beat the Denver Broncos.

TDS’ Kaiden H., broadband technician in Hobbs, says “Hobbs is a great place to work and the people there are fantastic.”

If you’ve been to Hobbs, please share your thoughts on how you enjoyed this community.