A full schedule of visits, tours, and meetings left employees with new insights about TDS and a lot of good takeaways about Hobbs and Carlsbad, New Mexico. Those visiting the Land of Enchantment were: Jim Butman, president and CEO of TDS Telecom; Andrew Buchert, vice president of Field Services; Chad Hoeft, regional manager of Field Services; and Michele Slattery, director of Sales. 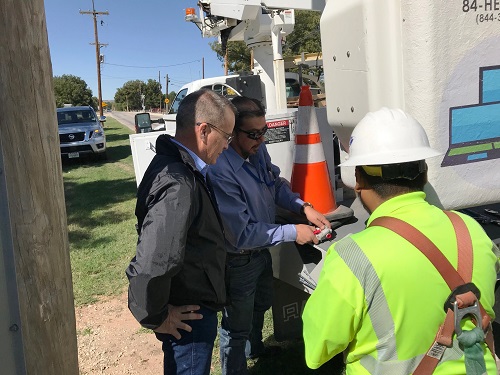 The group spent Oct. 14-16 traveling in New Mexico to see two of TDS’ cable markets. “We had outstanding visits in both Hobbs and Carlsbad!” Butman said it was especially “uplifting to meet such an exceptional group of employees that we have in these markets.”

In Hobbs, Jim, Andrew, Chad, and Michele kicked off the day with a town hall, Q&A session with employees, and a tour of the new Field Tech Center. When fully staffed, the new center will house about 16 employees. The facility is situated next to a warehouse, owned by TDS.

According to TDS’ Mark Martell, manager of Field Services, the center will provide a much-needed provisioning area to prepare equipment before being installed. The new center has an independent phone system, Wi-Fi, office spaces, a bathroom, and ample parking for the techs. In addition, there is “secure parking for the trucks.” Construction on the 2,400 square foot building began last year and was recently completed. 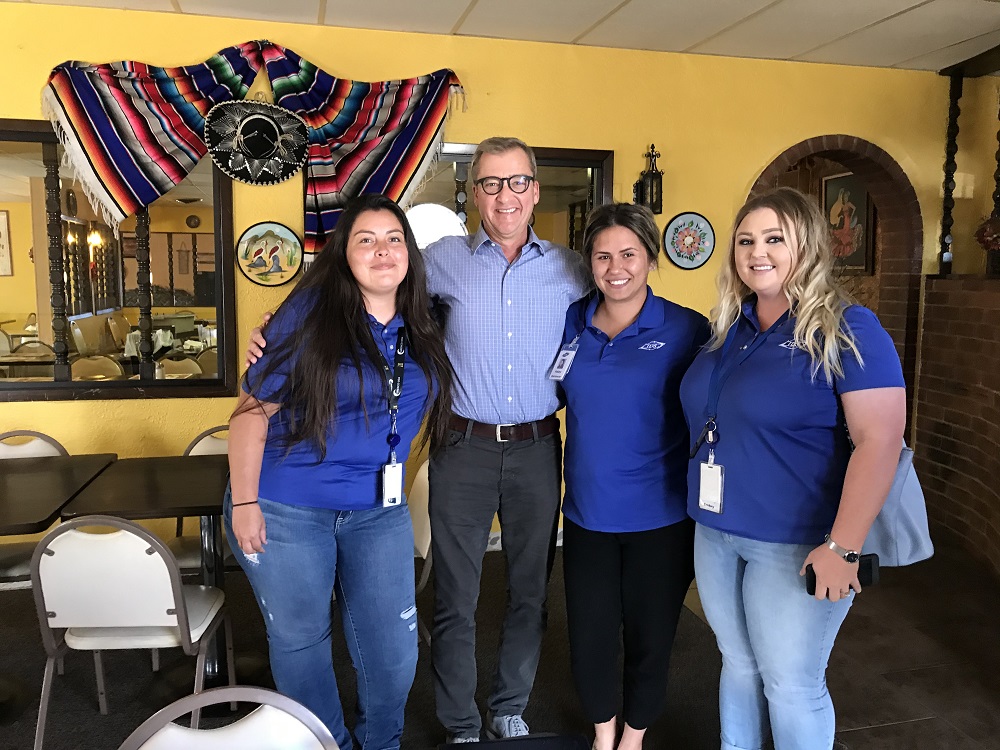 Lunch was at a local Tex-Mex restaurant called La Fiesta. The afternoon was spent touring local businesses and the area surrounding Hobbs. With a population of about 35,000, Hobbs is located a few miles from the northwestern Texas border and about 300 miles southeast of Albuquerque, New Mexico. The largest industries in Hobbs are mining, quarrying, oil, and gas extraction.

With a population of about 30,000, Carlsbad is a hub for potash mining, petroleum production, and tourism. Senior Account Executive Tonya Beauchamp says the population of Carlsbad actually grows to about 85,000 to 100,000 during the work week due to workers coming in to work in the oil fields. This is an estimate from the local power and water companies who say usage rates almost triple during the work week.

Jim noted that it’s an honor to have TDS in these communities and we take great pride in bringing the best communication services to the people of New Mexico.