By Matthew Breen
This year’s March Madness has proven to be exactly that. The biggest shocker of the tournament has been Loyola–Chicago, the 11th seed in the South region. The Ramblers knocked off Miami, Tennessee and Nevada to get into the big dance. Including Loyola, only four No. 11 seeds have ever advanced out of their region to the Final Four. But Loyola will have a tough time advancing against a powerful Michigan Wolverine team, which had the number three seed in the West region.

On the other side of the tournament is a pair of college powerhouses—Villanova and Kansas, who will square off for a chance at the championship game on April 2 in San Antonio. Both teams were number one seeds in their respective regions, which will make this the marquee match up of the day.

The winners of Saturday’s games will face off on Tuesday, April 2, on TBS and TDS TV. 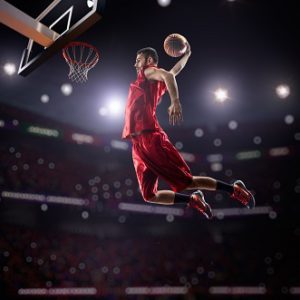 Michigan Wolverines – The Wolverines began the season playing unevenly—at one point falling to fifth place in the Big 10. But then the Wolverines began to click. The team went on a winning streak, showing tightening up their defense and focusing on the little things that help a team win. The team thrived by playing exceptional defense and a balanced, unselfish offense. They would capture the Big 10 Championship and currently have a 13-game winning streak. They have the best defense of any team remaining in the tournament.

Loyola Ramblers – Playing in the Missouri Valley Conference, the Ramblers have not gotten the press of other schools but they just keep winning. They keep chalking up victories by playing a well-rounded game, including solid defense and a balanced offense. They don’t make mistakes, shoot 40% from 3-point range and feature Sister Jean in their corner.

In many ways, Loyola and Michigan are not that different of teams, but the Wolverines boast elite an elite defense, which makes them the favorites – even if Loyola remains the tournament darlings.

Villanova Wildcats – The second ranked team in the country coming into the tournament, the Wildcats have the highest scoring offense in the country — averaging 87 points per game. Lead by junior guard Jalen Brunson, Villanova is an efficient team that doesn’t make many mistakes, and they The Wildcats won a national title as recently as 2016.

Kansas Jayhawks – Ranked number four in the nation coming into the tournament, Kansas sports a deep and talented team. Like Villanova, the Jayhawks have an exceptional offensive club, making more than 10 3-pointers per game for the year. Five players average double figures. Kansas has made the NCAA tournament for a record 29 consecutive years.

The Villanova/Kansas game will be a shootout. Both teams are offensive powerhouses led by outstanding point guards, and the winner will likely be the club that makes the fewest mistakes.

The winners of the Loyola/Michigan and Villanova/Kansas games will meet Monday night on TBS.