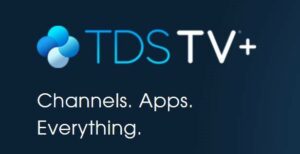 TDS will launch the following new channels on TDS TV+ on Feb. 22:

In the Denver Designated Market Area (DMA) which includes Arvada, Estes Park and all our Northern Colorado communities, TDS will launch KREG – Me TV for our TDS TV+ customers. On TDS TV+, Me TV will be on Channel 35. We are currently working to launch the channel for our TV customers in the near future.

With DECADES, viewers  travel through a variety of eras to sample and a variety of classic television from the 1950s, 1960s, 1970s, and 1980s. Fans of classic variety, sketch and talk shows will also enjoy The Best of The Ed Sullivan Show, Rowan and Martin’s Laugh In and The Dick Cavett Show presented each weekday, alongside our daily one-hour original series Through the Decades, hosted by award-winning journalist Bill Kurtis. Weekends, viewers are invited to tune-in for The Decades Weekend Binge, continuous episodes of television favorites. For more on the schedule, click here.

Heroes & Icons draws from timeless classics as well as more contemporary favorites, H&I has something for everybody. From Western lovers to war buffs and fans of police drama, this network pumps out non-stop adventure and thrills. Here’s a sampling of shows you will enjoy on Heroes & Icons: JAG, Nash Bridges, Batman, Star Trek, MacGyver,  Rawhide,  Monk, House, and The Untouchables.

Me TV, Memorable Entertainment Television, is a classic television network. Chosen from a wide array of genres, the programs of MeTV include: M*A*S*H, The Andy Griffith Show, Carol Burnett and Friends, Mary Tyler Moore, I Love Lucy, The Honeymooners and The Odd Couple; dramas such as Perry Mason and Columbo; great westerns including Gunsmoke, Bonanza, The Rifleman and The Big Valley; the heroics of Batman, Adventures of Superman and Wonder Woman, and otherworldly classics such as Star Trek, Lost In Space and The Twilight Zone – and so much more!

Start TV showcases strong and resourceful female leading characters in a lineup of contemporary and proven procedural dramas. Each lead character and series embody a boldness and determination to “Start” leading the way, seeking the truth, solving the crime and defending the innocent. Shows include: Cagney and Lacey, Rizzoli & Isles, Crossing Jordan, Dr. Quinn, Medicine Woman, Touched by An Angel, Medium, Unforgettable and more.

Cheryl McCollum is a blogger for TDS.
View all posts by Cheryl McCollum →
Would you like to see TDS offer a new channel? Use our Channel Request form
Phishing alert from TDS